* In case of any delay in receiving the OTP, you may verify it later. Please proceed without verification.

Enter your City name or Pincode

The census town of Ghorsala is situated in the Murshidabad district of West Bengal in India. It comes under the Raghunathganj area of Murshidabad district. The town is a part of Jangipur Lok Sabha and Vidhan Sabha Constituency. Geographically it coordinates at 24.46724°N and 88.03678°E. Raghunathganj, Umarpur and Mangaljan are nearby town to Ghorsala. The closest railway station to Ghorsala is Jangipur railway station. This small city, being a census town is only able to provide the inhabitants with some necessary utility services. 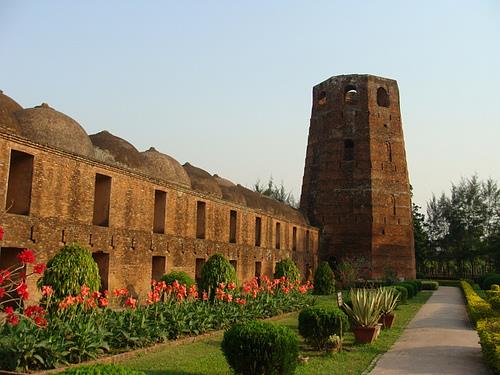 Banks are needed in every small and big city to meet the financial needs of the local businesses and investment related needs of the inhabitants. Ghorsala, being a small census town, has shortage of banks and currently has only one bank situated in the city. The administration of Murshidabad district has been working to establish some more banks in the small cities like, Ghorsala. The schemes will be introduced in the future and there will be more reputed banks that will establish their own branches in the census town of Ghorsala. Till then, the inhabitants have to flock to the nearby town of Raghunathganj to get their other financial needs fulfilled.

The healthcare infrastructure in the small town of Ghorsala can be considered as limited for the locals. There is only one government hospital located in the area and an eye nursing home namely, M/S Lion's Jangipur Sevanidhi Srikantabati. The inhabitants have to go to the nearby towns of Murshidabad district in case of serious healthcare issues. But still the town needs some more private nursing homes and hospitals to cater the healthcare requirements of its folks in the case of emergencies. On the other side, the district administration is still on its way to introduce some more hospitals and nursing homes in the census town of Ghorsala.


Safety and Security Services in Ghorsala

Ghorsala does not have its own Police Station and the Police station of Raghunathganj Block maintains law and order in the town. Being a small city, the crimes here are not that serious and thus Raghunathganj police station finds it effortless to keep an eye over the criminals here. The general crime rate in this city has been least for many years and continues to be so in the current time. Thus, the Police station at Raghunathganj always try to ensure a safe and secure environment for the public of Ghorsala and has been successful to achieve this.

Comments / Discussion Board - About Ghorsala